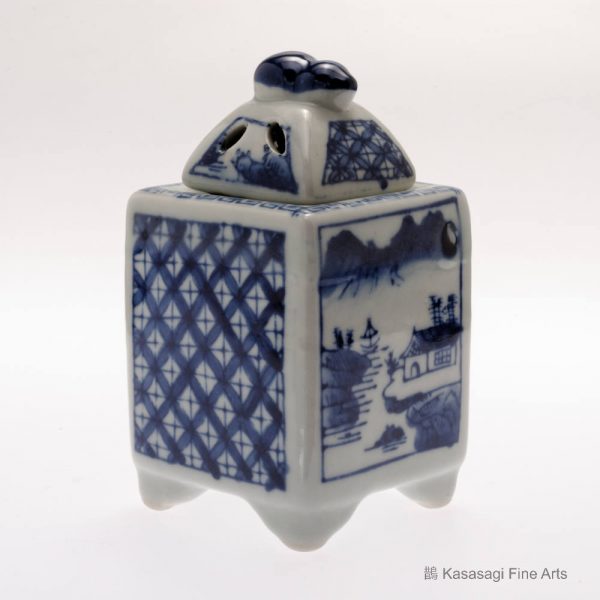 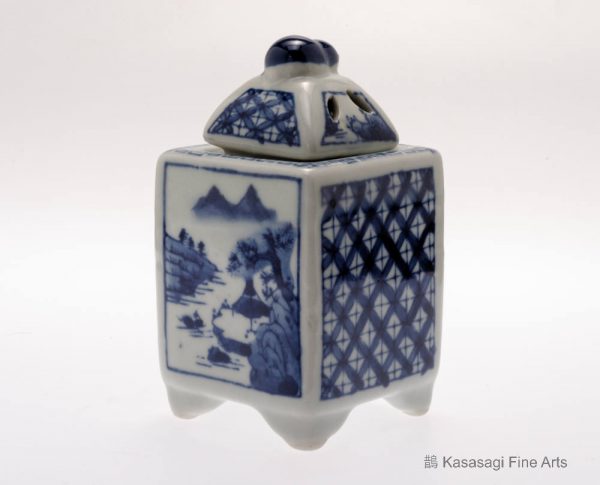 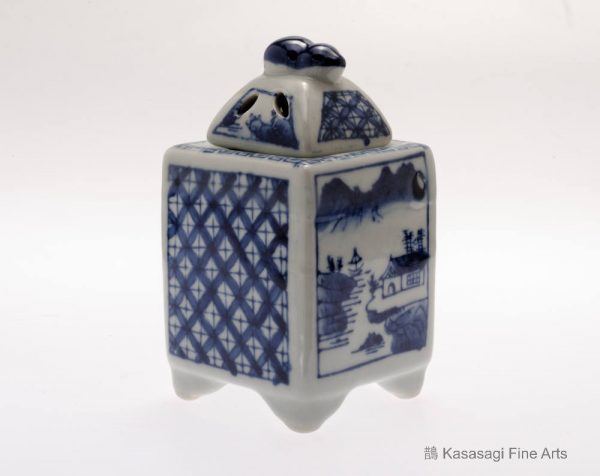 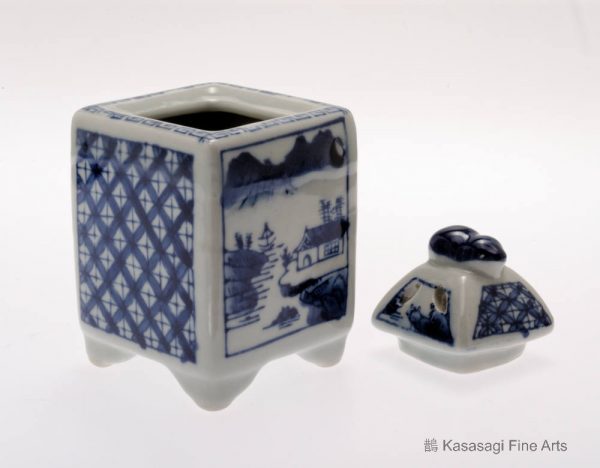 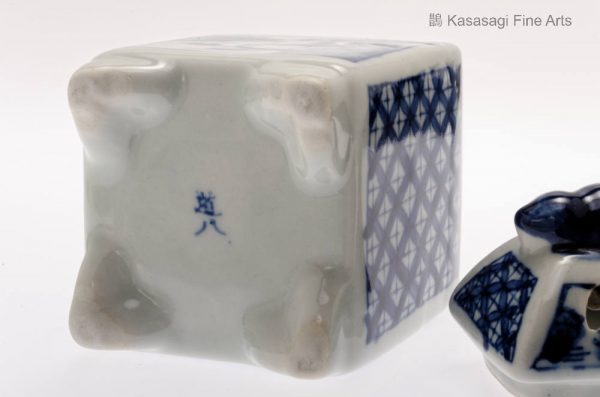 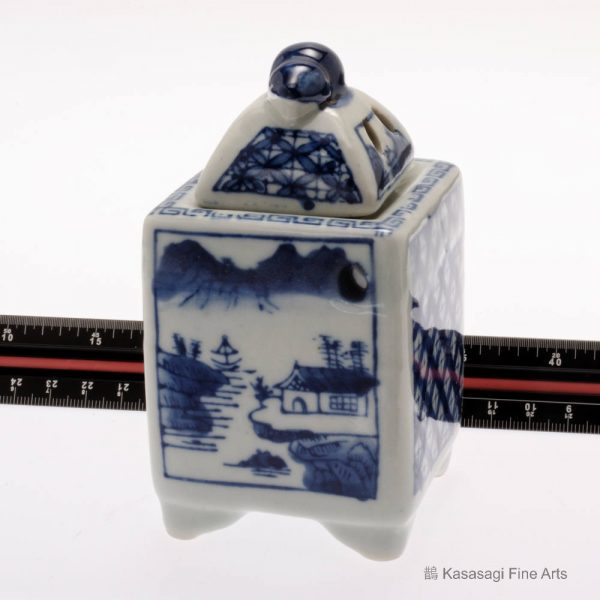 “hand painted blue under glaze on a white body with an eggplant symbolising prosperity on the finial of the lid.  Signed Kutani on the base”

A travellers koro from early 20th century Japan. Signed Kutani with hand painted blue underglaze on white body. Small koros such as this one were popular for use by merchants travelling around Japan.  This koro has managed to survive the travels and is intact and in good condition.  Intersecting panels depicting a botanical scene and geometric motifs and an eggplant finial on the lid.

The lid does not sit snugly on one side of the koro.  This would have happened at the time of the original firing of the koro.  Sold as is.  In excellent condition with no cracks or chips.  Signed Kutani on the base.

Approximate dimensions of koro are Height of body 8 cm and Height with lid 11.5 cm.  Width of koro 6 cm and weight 255 grams.

The Incense Burner also referred to as Koro plays an important role in the daily life and tradition of Japanese Culture. 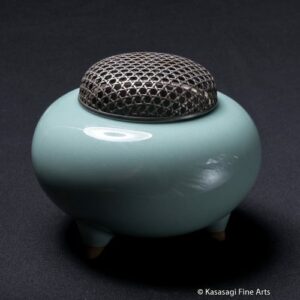 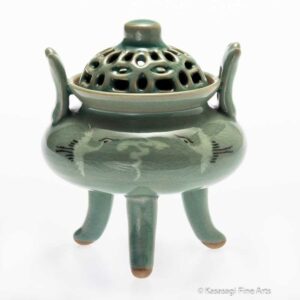 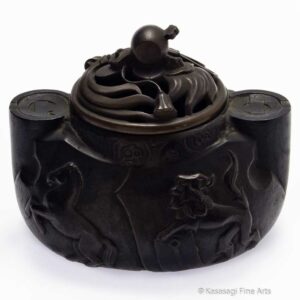 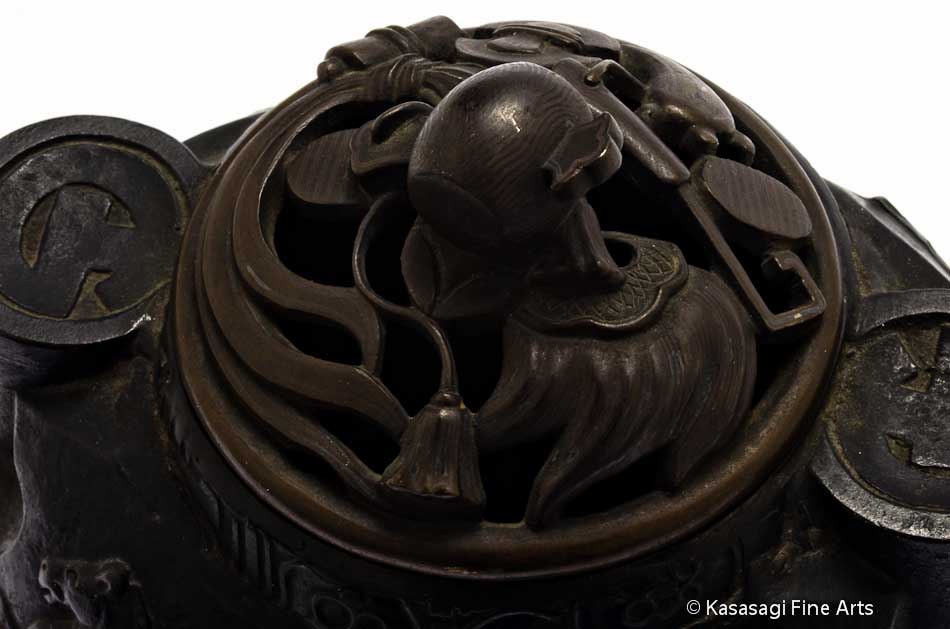 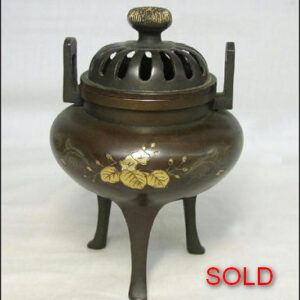